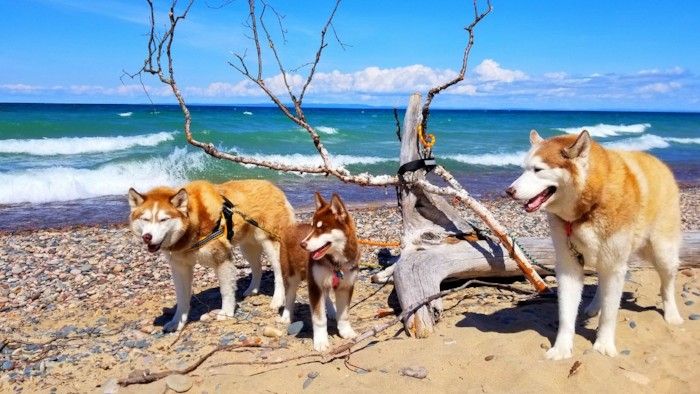 According to the AKC Standard the Siberian Husky "does not display the possessive qualities of the guard dog, nor is he overly suspicious of strangers or aggressive with other dogs." Their even temperament, love of other dogs and indifference to strangers makes them ideal active family dogs. Well into adulthood Huskies play with the vigor of a puppy. Huskies have a love for life that is unmatched by few breeds. It is very rare that you will meet a calm, boring husky that lacks personality. They all have a wonderful mind of their own. Every time a husky is outside, it's as if its their first time. They love to run, run run. Husky owners deem this term the 'zoomies.'

They are phenomenal working dogs. If a husky is trained with job, it's as if he were born to do the job. Huskies were originally bred to work, and with their short attention spans many owners recognize the drive to work and have a 'job' or a task. Many husky owners do working sports and what we call 'adventures' with their dog, such as mushing, ski-joring and bikejoring. They will tell you a tired husky is a happy husky.

They may seem like a good family dog for first time dog owners, but Huskies can often be “too much dog” for a novice. They require extensive training and exercise in order maintain good behavior and only those with the time and energy to fully commit to a Husky should take on this breed. But Husky owners and trainers agree, you get out of a Siberian Husky what you put into him, and these reliable dogs are worth the effort.

Much to their dismay, many of the general public mistakes huskies for wolves due to their unique appearance. There are distinct differences between a husky and a wolf. A Siberian Husky has a much shorter snout, smaller paws, and quite often a facial mask. Wolves are larger, mostly have amber oval eyes, elongated snout, longer legs, and their head is quite large to the portion of their body. Husky coats are generally smooth and silkier, but can be rough if unkept or outside. Huskies are much, much smaller. Quite honestly, a Husky is a dog, and a wolf is a wolf. Many people do not realize that mis-labeling a dog for a wolf can be quite dangerous for the dog.

Breed standard for males is 21-23 1/2 tall at the withers, and 45-60lbs in weight. Females are generally 20-22 in tall at the withers, and 35-50lbs in weight. Could you have a Siberian Husky outside these size guidelines? Absolutely. Generally, they will still be close if purebred. Malamutes are similar in looks to huskies, and often confused for huskies, however they are much larger in weight, generally have shorter legs and wider set ears. They also have brown eyes. Huskies can have eyes in the colors of blue, green, brown, hazel and amber. They can have bi-colored eyes, or even parti-eyes. There are many colors of the breed. A Siberian Husky's coat color can range from the traditional black & white, grey & white, and red & white to the agouti, sable, piebald, wolf grey, mostly black and even the recessive woolly coat. The American Kennel Club registration form only lists the following colors: black, agouti, gray, red, sable, and white. 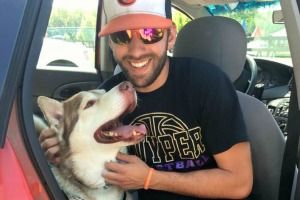 Our programs are designed to further our mission and provide much needed services for our constituents.
Take a look.

Fundraisers and events help us raise awareness and generate crucial resources to serve our community. Join us at our next event and see how you can get involved.
Find out more. 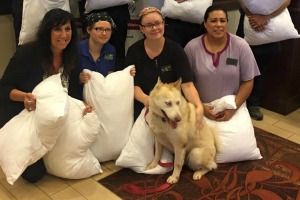 Improve your community by joining our cause. You'd be surprised at what a huge difference a little bit of your time can make.
Read more.